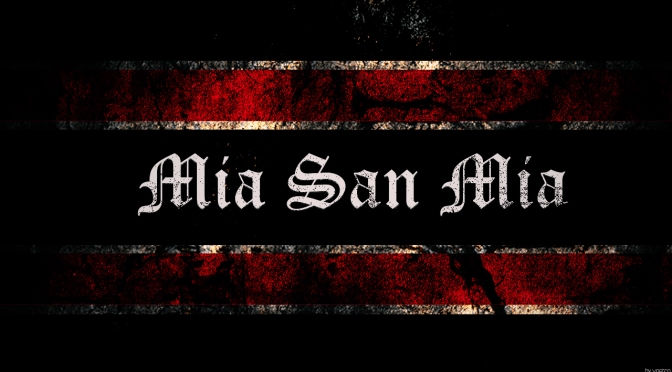 Do you know what Mia San Mia means?

It’s not just a quirky marketing tool that can be exploited upon every other shirt and jacket, but an actual message of real importance.

Mia San Mia is that mark of our identity which separates us from the rest of the world. It literally means “We are who we are”, but what’s more important is just who we truly are.

Pierre-Emile Hojbjerg’s father was given less than a year to live due to cancer, but Mr. Uli Hoeness upon finding this out immediately contacted the best doctors in Germany, and today, his condition is much better and he has a good chance to survive.

Hojbjerg has expressed immense gratitude to Mr. Hoeness and to Bayern, but this story is told also for each and everyone of us to understand what Mia San Mia means.

Hojbjerg was not the first individual (or group) that had been suffering from pain when Bayern decided to go above and beyond to ensure that they’d get through it… and he won’t be the last!

This is what Mia San Mia means… We are those who think beyond ourselves, who think for others, who understand that football is VITAL but there are things more important than football and the money associated with it!

Be proud to be a part of Bayern… Remember, you own the club… it’s your club… so represent it with the same ideals that Bayern embrace!

2 thoughts on “Mia San Mia – What does it REALLY mean?”